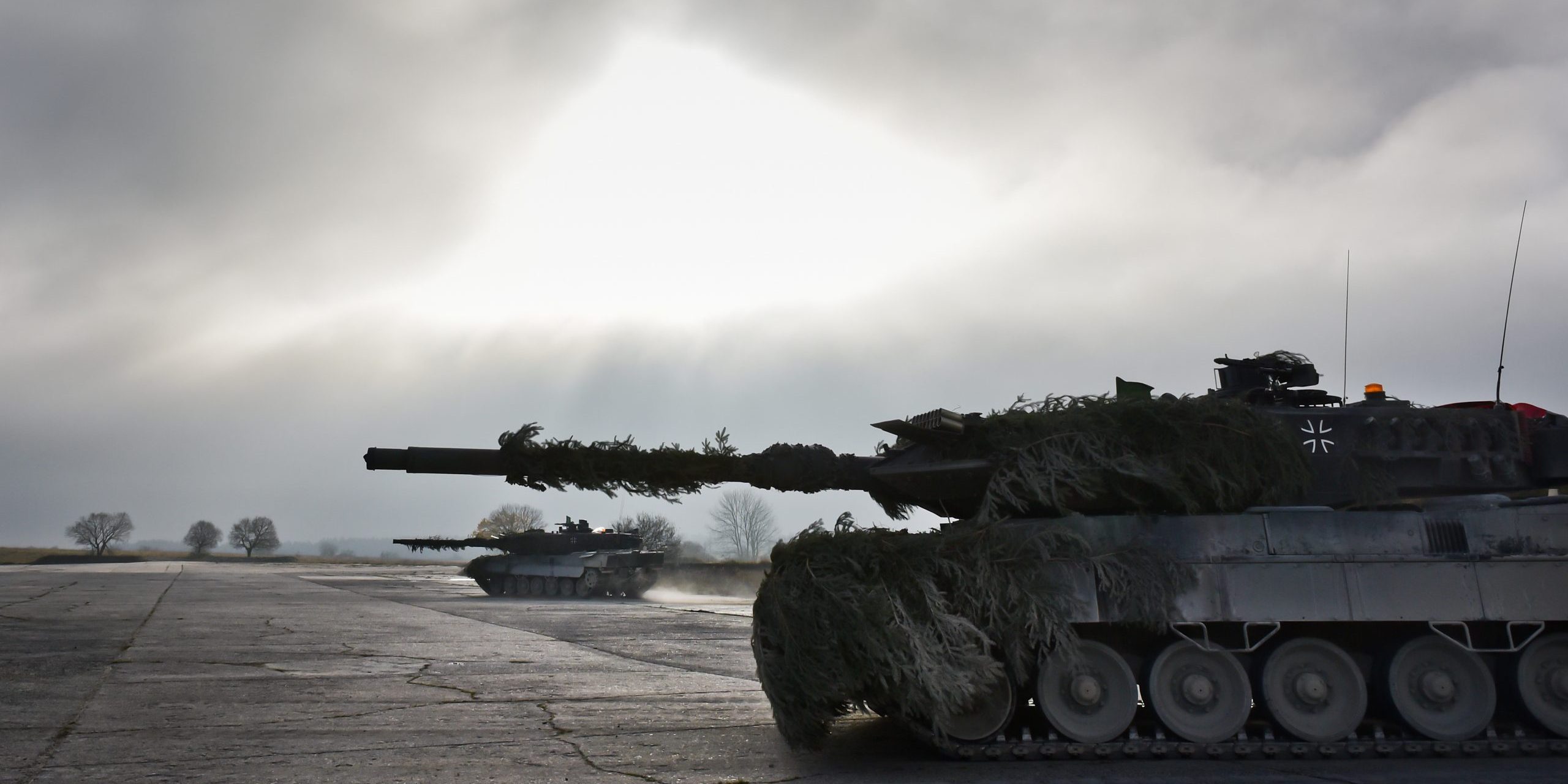 Today, German Chancellor Olaf Scholz announced that Germany will supply Leopard 2 main battle tanks to the Ukrainian armed forces. He said this was the result of intensive consultations between Germany and its closest European and international partners.

„This decision follows our well-known line of supporting Ukraine to the best of our ability,“ said Chancellor Scholz in Berlin. „We are acting internationally in a closely coordinated approach.“

The aim is to quickly assemble two tank battalions with Leopard 2 tanks for Ukraine, reports Steffen Hebestreit, Spokesman for the German government, adding: „To this end, Germany will in a first step provide one battalion with 14 Leopard 2 A6 tanks, which will be taken from Bundeswehr stocks. Other European partners will deliver further Leopard 2 tanks. The training of the Ukrainian crews is to begin in Germany soon. In addition to training, the support package will include logistics, ammunition and maintenance of the systems.“

Hebestreit also said that Germany would authorize export permits to any partner country that wants to deliver their Leopard 2 tanks to Ukraine.

„I am grateful that Chancellor Scholz will provide German Leopard 2 tanks and will lead an effort to organize the European contribution of two tank battalions for Ukraine,“ U.S. President Joe Biden said. At the same moment President Biden announced that the U.S. will deliver 31 M1 Abrams to Ukraine.