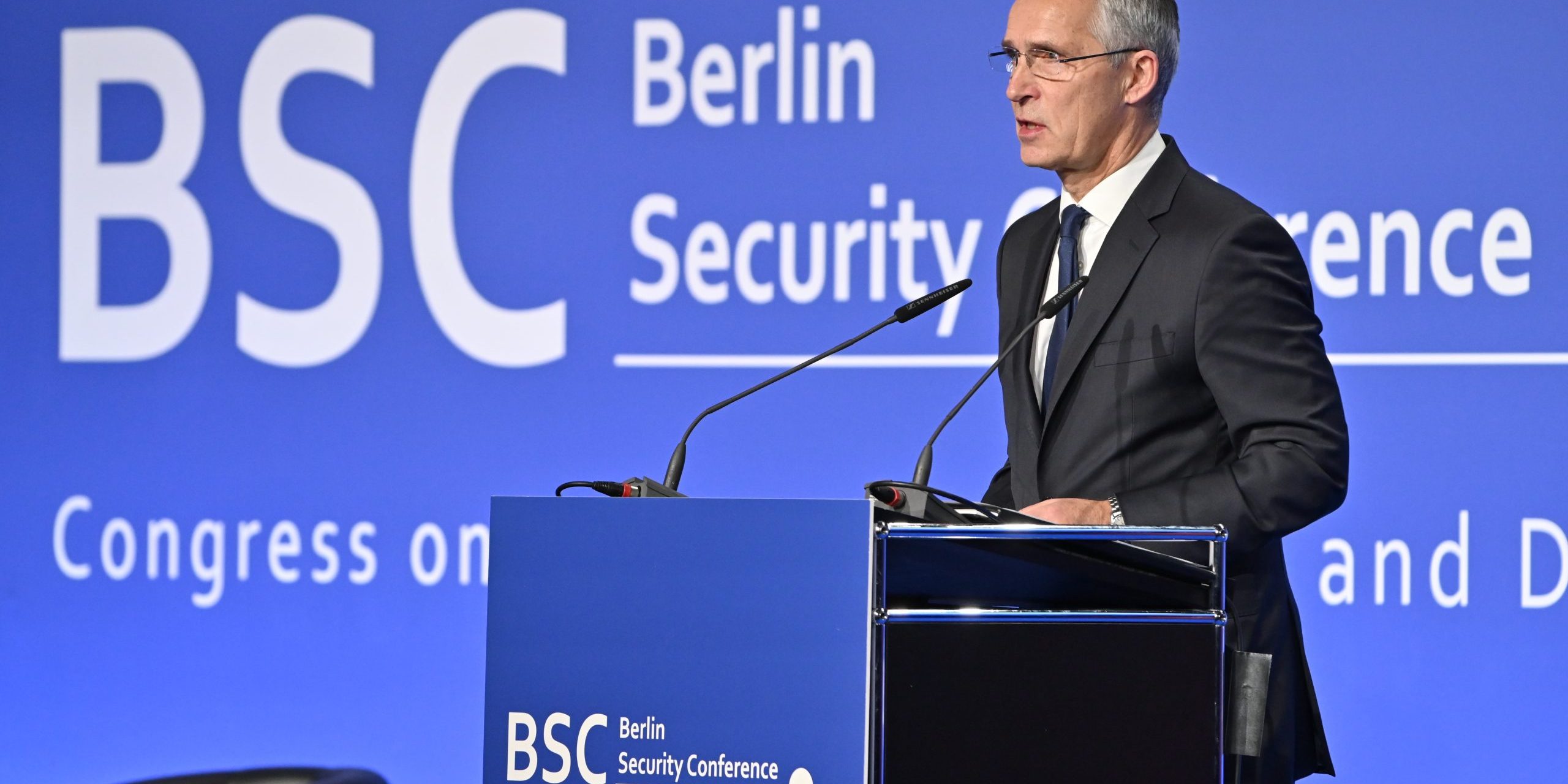 In a visit to Berlin this Tuesday NATO Secretary General Jens Stoltenberg thanked Defence Minister Boris Pistorius for Germany’s significant contributions to NATO and strong support to Ukraine. Stoltenberg praised Germany’s considerable contributions to NATO deterrence and defence at a time when Russia’s war in Ukraine has caused the greatest challenges for our security in generations.

Stoltenberg also commended Germany for being among the Allies providing the most military, financial and humanitarian aid to Ukraine, including with air defence systems, armoured vehicles, artillery and ammunition. He made clear that „weapons from Germany are saving lives in Ukraine every day.“ Stoltenberg said, „at this pivotal moment in the war, we must provide heavier and more advanced systems to Ukraine, and we must do it faster.“

At the Berlin Security Conference (BSC), Stoltenberg had already warned against underestimating Russia. The Russian invasion of Ukraine had not come as a surprise. He said that intelligence reports on Russian plans and preparations had been available months before. At the same time, however, Stoltenberg stated unequivocally at the BSC: „Russia must not be successful in its actions under any circumstances. Autocracies must never prevail over democracy.“