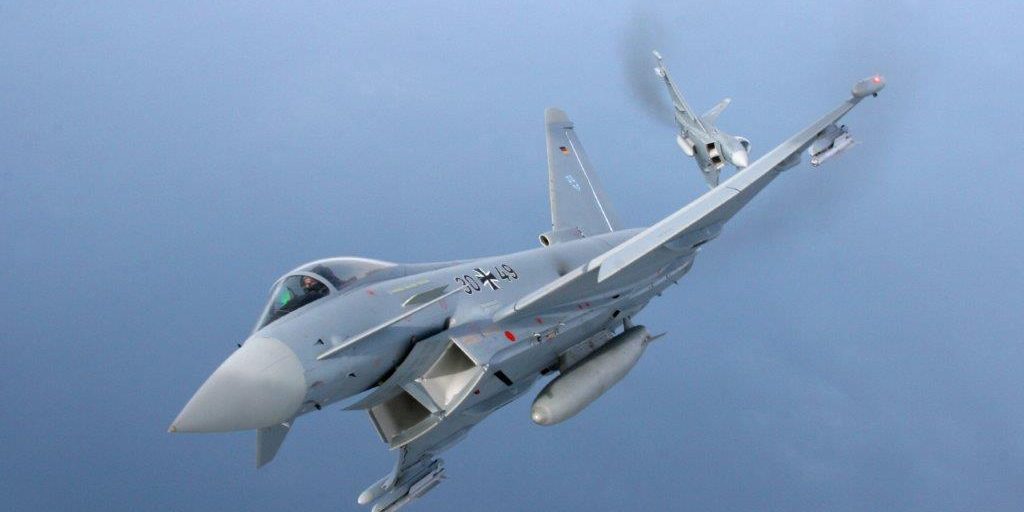 Rafael announced: „Together, we endeavor to provide the Sky Shield airborne electronic warfare pod as a mature off-the-shelf Escort Jammer (ESJ) developed by Rafael, enhanced with the latest airborne electronic attack technology (KALÆTRON Attack) by Hensoldt, to support the decision to adapt the Eurofighter into an electronic attack platform.“ Hensoldt added: „The new EA pod utilizes the existing interfaces of the Litening Pod, already combat-proven on the Typhoon, thus significantly simplifying the integration efforts and saving invaluable resources.“

Several of Rafael’s complete airborne solutions are already in use in Germany, including the electro-optical Litening and Reccelite pods for the Luftwaffe’s Eurofighter Typhoon.

„Our companies are experts in airborne electronic warfare and combine latest technology with battle-proven equipment“, says Thomas Müller, CEO Hensoldt. „Based on these skills and supported by existing government-to-government agreements, we are able to offer the Luftwaffe a sovereign solution to the timely capability transfer of the ECR Tornado and, at the same time, to expand the capabilities of the Eurofighter by an escort jamming solution proven in modern operational scenarios.“

According to Hensoldt, this new system should have „Initial Operating Capability (IOC) in 2028.“