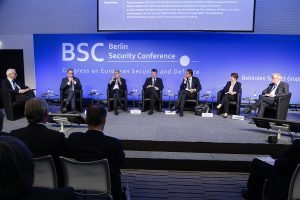 The Berlin Security Conference (BSC) is an initiative of the Behörden Spiegel. The Congress was established in 2001 and met for the first years under the title „Congress on European Defence“. Since security and defence aspects are closely related, the congress began to broaden its focus and to deal with both subjects. For this reason it was renamed in 2008 as „Congress on European Security and Defence“.

A conference with a plenary session and various panels are the main events of this congress. An exhibition with national and international companies is complementing the conference. A reception at the first evening and the luncheons on both days allow efficient networking for all visitors. This congress has meanwhile become the main yearly event concerning the European Security and Defence Policy. 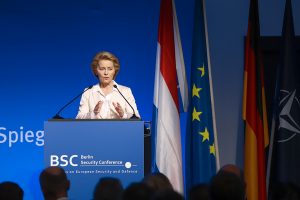